Cases are being decided faster in Indian lower courts but at the same time case load is increasing too.

States around the NCR region are seeing increase in cases being filed, and % of cases decided within 2 years is getting plateaued around 80%

Interesting to see, how Punjab and Haryana had similar case loads in 2013, but quickly diverge thereafter 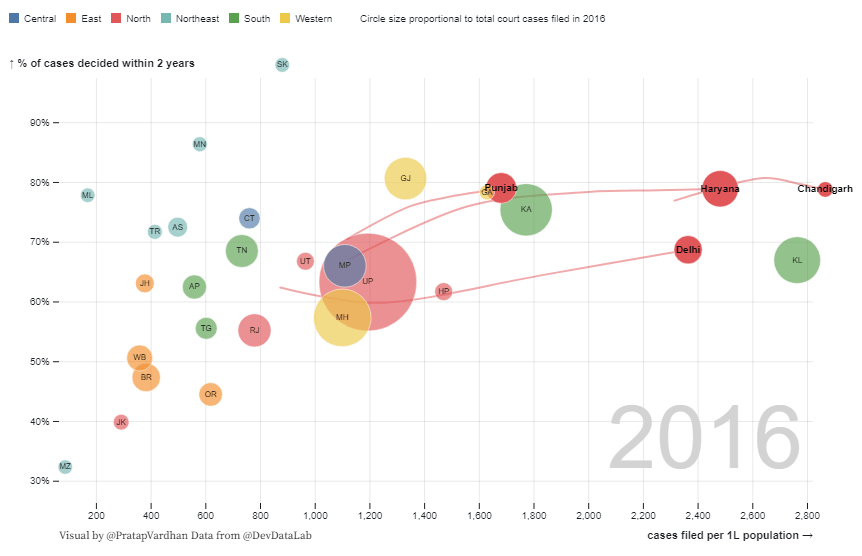 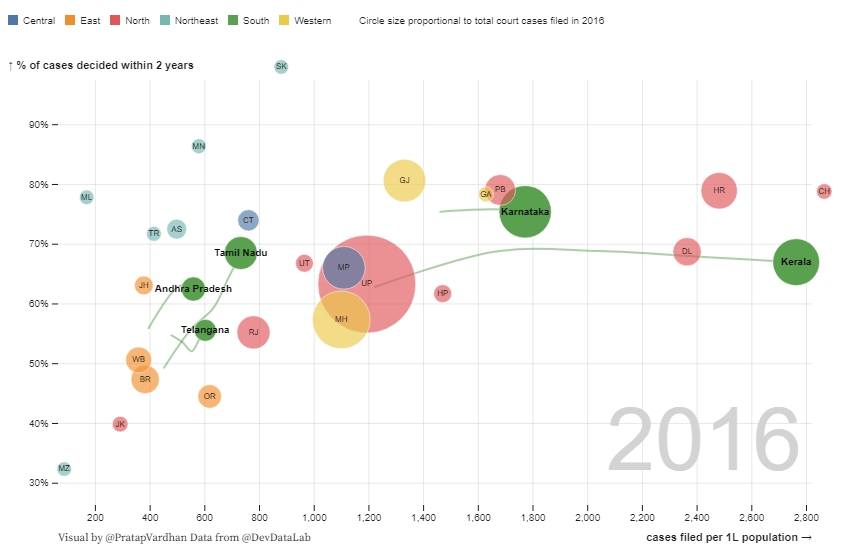 This work was possible by the release of 80 million cases of Indian lower court cases from 2010–2018 by the devdatalab team.

Here’s an interactive version you can explore.

If you have any other perspectives you’d like us to explore from data, shoot me an email.